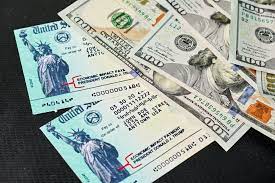 It seems like all of the departments of the executive branch are preparing the way for the new bill coming up in the Senate.  Wile the message might be conflictive (just a worker program or a path to legalization too?), at least we can now see that the many people being picked up by ICE had a posturing purpose.

The article below summarizes some of those positions and also adds others’. It is now up to the legislators to do their part.

WASHINGTON, Feb. 28 — Two senior Bush administration officials vowed on Wednesday to work with Congress to ensure passage of immigration legislation this year but publicly distanced themselves from proposals that would place most illegal immigrants on a path to citizenship.

Commerce Secretary Carlos M. Gutierrez and Homeland Security Secretary Michael Chertoff suggested that offering temporary legal status, instead of citizenship, to illegal immigrants would be enough to persuade them to emerge from the shadows and register with the government, which has been a key national security goal.

in a legalization program, you are essentially creating a permanent underclass in our country,” said Bishop Gerald Barnes of the United States Conference of Catholic Bishops Committee on Migration.

Lawmakers also highlighted other concerns. Senator Arlen Specter, the Pennsylvania Republican who was a key architect of last year’s bill, complained that he and other Republicans were being shut out of negotiations over the new legislation.

Meanwhile, Senator Dianne Feinstein, a California Democrat who supported the bill last year, said she now believed it was overly broad and susceptible to fraud.

Senator Patrick J. Leahy, the Vermont Democrat who is chairman of the Judiciary Committee, said Mr. Bush would have to ensure that lawmakers came together. “It’s not going to be an easy process,” Mr. Leahy said.