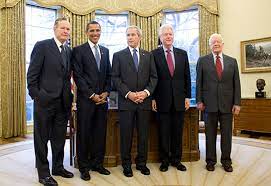 Clinton said employers were not blameless for hiring undocumented workers, who he described as “chasing their dreams the same way you chase your dreams.”

He also said any reform that included a path to citizenship should not punish those who migrate legally.

Senate leaders have now decided to vote on an immigration bill, which is very important to all Americans.

An untold number of American employers are in a silent and fearful quandary as this legislation is considered. These include law-abiding farmers, building contractors, foresters, small-business owners, homeowners and others who depend heavily on even more troubled undocumented workers from Mexico and other Latin American nations who have not complied with the complex immigration laws and rules that have been deliberately ignored for a quarter-century.