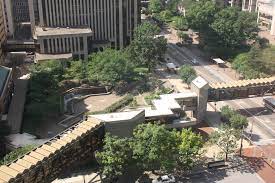 Over the last few months, the name of Sensenbrenner has become synonymous with lack of foresight and senseless attacks; if any one can be credited with the furious response from all levels of society it is what he represents. He does not understand that it is his retrenchement and hard line is precisely what moves others to act against him and his few supporters.  At this point that the Senate has made progress in healing these wounds, he once again comes out (after having retreated and claiming that he tried to ammend the his bill to withdraw criminalization of undcoumented immigrants). In the following two pieces he once again shows his true venemous self:

House Judiciary Committee Chairman James Sensenbrenner, a Wisconsin Republican, called the bill the Senate passed on Thursday an “amnesty” that the House would not accept.

“I reject the spin that the senators have been putting on their proposal,” Sensenbrenner said at a news conference. “It is amnesty.”

“I am totally opposed to any legislation [that allows undocumented immigrants to become citizens], and I think the clear majority of the Republican caucus agrees with that,” said House Homeland Security Committee Chairman Peter King, a New York Republican. “People would rather see no bill than to see 11 million illegals legalized.”