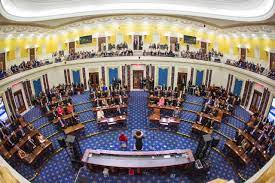 The headlines after a failed cloture vote are meant to alarm:

is there any hope? One can react in several ways:

1. Claim victory because the damaging parts of the bill are now also dead.

2. Believe the politicians that say the bill will yet return this year.

3. Poke at the presidential candidates to generate response

4. Call the Senators and not allow them to wait for failed leadership.

5. Call Rep. Pelosi and insist on passage of a bill in the House.

6. All of the above. The actions are all dependent on you.

Think of the alternative: to wait years for another chance at correcting the system, further raids, further backlogs, further fee hikes, more insecurity.  We must not stop now; the process towards change and progress is too valuable. This is not an issue, it is a cause.